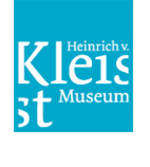 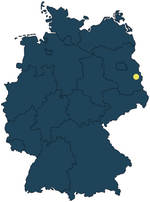 The Kleist museum Frankfurt (Oder) is dedicated to the life, work and impact of the writer Heinrich von Kleist (1777-1811) who was born in Frankfurt (Oder). His work is of great significance for the German and the world’s literature and makes him one of the most important figures in national cultural heritage. His relevance in the field of literature, his origin as a member of an old, remarkable family from Brandenburg, and the effect on contemporaries as well as later generations state a reason for a long tradition of extensive reception. It reached its peak in the very successful Kleist year in 2011.

The library and the collections of the Kleist museum contain over 34.000 units -currently the biggest documentation of Heinrich von Kleist and his importance for literature. The collections concentrate on exceeding the exhibition with primary and secondary records of the life and work of the writer including works of fine arts and even music.

In addition, the museum commits itself to the heritage of the writers and poets such as Ewald Christian and Franz Alexander von Kleist as well as those of Caroline and Friedrich de la Motte Fouqué. The building which was constructed as a Garrison school serves as a museum, a centre for research and education and a cultural meeting point since 1969. Readings, lectures, guided tours, concerts, literary-musical shows and evening parties are further activities accompanying the exhibitions.

In summer 2013 a modern extension to the museum – the “new house for Kleist” – will be opened. The Kleist museum will also present a new permanent exhibition on a significantly extended exhibition space starting from autumn 2013.