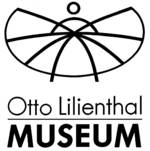 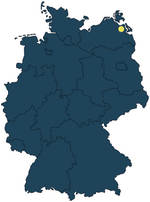 Otto Lilienthal - as Prussian Icarus, as Flying Man, or L'homme volant became world famous. But also as a thinker, humanist and reformer, he would, even today, be a worthy ambassador of a good, better Germany. In 1891, he succeeded in achieving the first safe, multiple gliding flights in history. Lilienthal's experiments and his scientific approach were adopted by the Wright Brothers (USA)in their quest to develop a controllable, selfpropelled flying machine. On the 100th anniversary of Lilienthal's first flights, the Otto Lilienthal Museum opened its doors in Anklam, the city of his birth.

The exhibitions display the early history of human flight and demonstrate the basic flight principles discovered by Otto Lilienthal, including wing flapping and hang gliding. The museum today houses the world's largest collection of reconstruction of Lilienthal aircraft. "Dreams of flight" are a very special topic for a technical museum. The museum presents a variety of imaginative but unsuccessful machines and concepts to fly, only dreams before the first successful flights. In 1996 the International Organization of Aeronautics FAI awarded the museum the title "FAI Recognized Museum" and in 1999 the museum was the first museum which in the former East Germany to be awarded the "European Museum of the Year Award - Special Commendation" by the European Museum Forum.