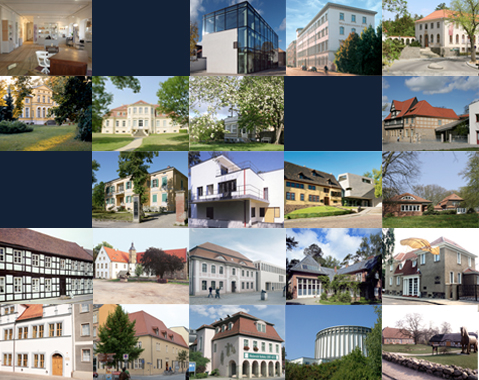 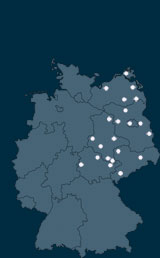 The symposium of the cultural memorial places (KGO) is an association of so far 22 nationally important cultural institutions from the new German federal states. It was established in 2003 in Quedlinburg based on the so called “Blaubuch” (Blue book) of the German government.

The KGO was formed to support and assure the further preservation and development of the nationally important cultural institutions in the East German federal states as codified in the “Blaubuch”. The aim is to make the politics and the public realize the importance of the museums, the collections, the archives and memorial places.

The KGO serves as a platform for the involved institutions where they can cooperate in various ways and where they can communicate collective interests and goals. By now a network has been established that successfully presents the responsibilities and achievements of the cultural memorial places to the public at large. So it has become possible for mostly regionally based cultural institutions to gain attention not only throughout Germany but also in Europe.